A hand-selected spirit as well as  informational material, including whiskey profiles, tasting notes, style guide, cocktail ideals production techniques and more to tell you all about what makes each individual spirit selected each month so special. 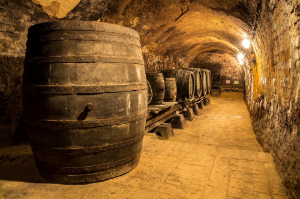 What Makes a Great Whiskey?

This is what Makes a Quality Whiskey Whiskey is a rich drink with all kinds of flavors contrasting heavily with other forms of distilled spirit. Good whiskey is not just a drink but an adventure and invites anyone to indulge in and explore its diversity. Whiskey is different from other distilled spirits such as Brandy, which is brewed from grapes; whiskey is grain made.

Quality whiskey has the hallmarks of well concentrated and captured delights during distillation. Elegant enjoyment of the drink requires capturing of all the flavors and aromas as much as you can. Before you are tempted to drink down your whiskey, know what makes a quality whiskey. What does it look like? To enjoy the best high quality whiskey first look at it. The color of the drink can tell you a lot about it. A dark whiskey indicates an older drink since whiskies get their natural color from being aged in oak barrels. Barrel type used also matters; a barrel that has been used for a longer time doesn’t give much color to the whisky.

Most of the younger whiskies are colored with some caramel to give them a “whiskey look” as the drink has not had enough time with the oak barrel. Age Another marker of good whiskey is age, which has a huge influence on the amount of money you will pay for the bottle. Nonetheless, while age should be considered as a guide to quality whiskey, older does not always mean better. In a whiskey mix, age is given as per the youngest type used. For instance, if a producer has added a single drop of the youngest whiskey to the barrel, the entire mix will be sold with the age of that younger type. Also, if a whiskey does not have age stated on the label it should not be considered inferior or cheap. A good example is Johnnie Walker’s Blue Label; it might not have age shown on the label but one of the most expensive distilled blends around. A single drop of 20 year old whiskey makes the entire blend 20 year old. Note that whiskey does not age in a bottle but inside a barrel. If a blend contains 10, 12 and 15 year old barrels, it means the age of that drink cannot be over a decade. Smell Most master blends do not taste but nose the whiskey.

The smell of the blend tells more about its quality than tasting does. To see how good your whiskey is, smell before tasting. Avoid putting your nose inside a glass to avoid the dominant alcohol in the blend affecting your judgment. Raise the glass smoothly close to the nose and start capturing the flagrance. The aroma is always a good way to gauge how the drink will taste. Non-chill filtered whiskey Is your whiskey turning cloudy once you add some water or once you have cooled it? Chances are you have the real deal according to most whiskey pundits. As the whiskey is made, lots of congeners and oils find their way into the final product. Once the drink is chilled they solidify, giving the whisky a cloudy nature. Producers who want their whiskey clear and bright usually cool the blend before filtering out the congeners and oil deposits.